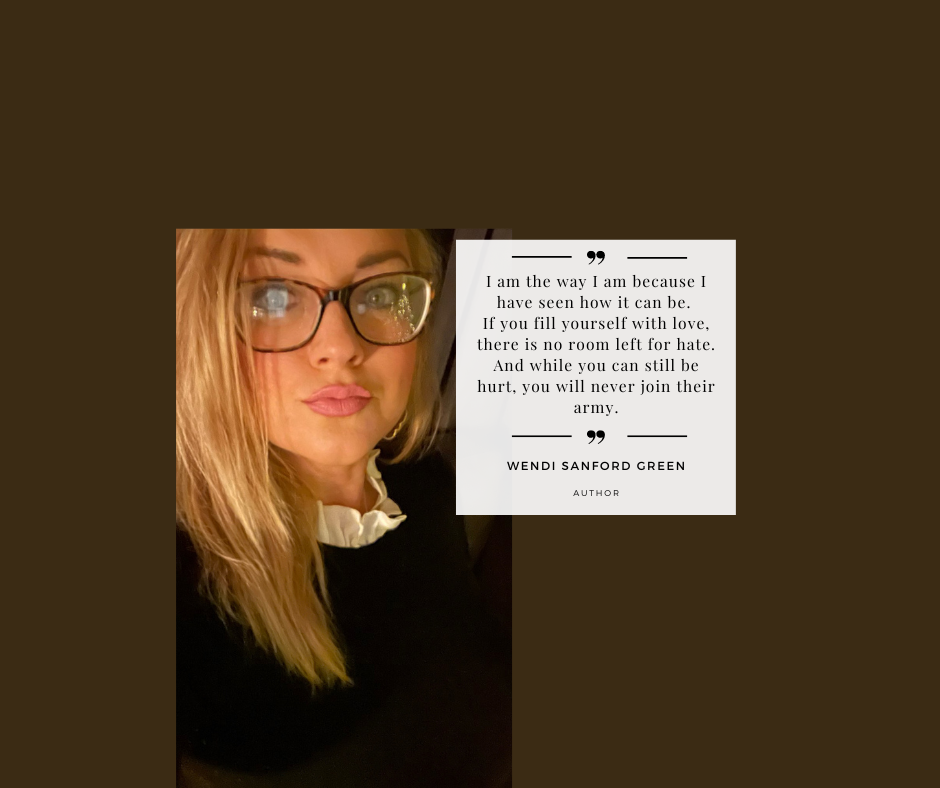 I am vague now in my recall. But, I was somewhere where I saw the people around me, and everyone was losing their heart and soul. They were increasingly more empty and cold…dead vessels. I was somewhere, maybe a bar, and we were doing something…it felt like we were grabbing a bottle of something to take somewhere and fill ourselves with more emptiness.

At some point, I was walking through a door of a room and there was a mirror on the door. I saw my reflection. My eyes were rolling back into my head and there were red petechiae forming. I was dying, suffocating in this vapid, airless world. Finally, I was able to self-reflect enough to know I had to get away immediately.

As dreams do, my reality shifted and I was suddenly driving a car along a winding white-gravel road at night. There were caution tapes that were only tied to things on one side of the road and they were blowing across my path in the wind. “CAUTION.” Telling me, “Turn back.” I blew right through them, and my tires slid through muddy patches, still, I kept speeding ahead, losing traction, but not momentum. I wasn’t going to believe the lie. I had to get away from the place the soullessness was creeping into. Finally, I got to the place that appeared to be the other side.

But, when I got out of the car, the space around me felt even more like a ghost town. It was as empty as the people around me had become before. And suddenly there were dogs coming from everywhere, but they weren’t man’s best friend. They were unattached, dogs of the hunt, raised to expect no affection from humankind. I escaped into a building.

Now, very vague…I ran into a man and he had a soul, but while stronger than those I’d left, it wasn’t full. He asked me how I was the way I was.

He had not been where I’d been and didn’t appreciate what was coming. He only knew his reality, as it was now, I did not know what this reality was yet, I would see it later in my dream, and there were people and interaction, but now that is too vague to recall in anything other than scraps.

I looked at him, and I knew my eyes were level again, and I answered him, “I am the way I am because I have seen how it can be.”

There was more to the dream, a person or two from my reality was in it. But, I got up a little after 4 and came to work in the living room. Byron got up shortly after and said, “Mom, you are so loving, there is no one better than you. How did you get to be the way you are?”

And, the dream, in all its vagueness of recall, crept over me and I answered him.

“I am the way I am because I’ve seen how it can be. If you fill yourself with love, there is no room left for hate. And, while you can still be hurt, you will never join their army. Evil cannot win.”

While love can make you vulnerable to feeling hurt by others who do not love the same, it cannot empty you of the love you fill yourself with, that is within you, and so you will never be empty, you will never be evil or soulless.

I am the way I am because I know how it can be.

Why lament over someone not living up to your ideal of him? He/she simply is not that person. No one is holding you to him. You aren’t physically bound to him. So, GO.

I get it.
It’s hard. But, it’s only hard to surrender the fantasy. It’s hard to say, “I was wrong about what I saw in you. That’s on me.” Or, “You convey a man you aren’t close to being. That’s on you.” Regardless, he ain’t it.

So, no lying in bed at night asking why you weren’t enough, why are you so unlovable. Doing that makes you less lovable. Gross. Face the facts that it’s really not you, it’s them and LET THEM GOOOOOO. (That’s go, not goo). 🤓

Or, sometimes, I stick around and try for a bit. Reach out, just because I manifested something so great, I want to make extra sure it was a mirage before I continue on my quest for true paradise in this desert of lovelessness.
And I’m not an Indian princess, I’m a camel with water stored inside me to make it through the dry spells (and an extra hump, should I need it). Kidding there, sort of.

So on this journey of life, I don’t get heartbreak…I get annoyed. Annoyed that I wasted one precious second on a lesson I shouldn’t have to learn again and again. I do find a reason to be thankful, though. I am thankful for those moments I believed in a person for me and the ensuing excitement at the rapport and the passion we were building together. But, when it inevitably loses shape and my sand castle reveals itself as such, I keep the faith. My paradise is within me, manifesting in another for moments that inspire my creator womb. So, I walk the sands of time as they slip from the cracks in the hourglass with a heart unyielding, unbroken and unbelievable. As should you.